Age is Just A Number

Getting older. It’s not something baby boomers do gracefully. We, after all, were the generation who wouldn’t trust anyone over 30—let alone 60. As we come up to that magical Medicare age, it’s not only been a shock to many people’s system, but I have seen an attitude of fear—fear that’s it’s all over and that Death, with a CAPITAL D, is lurking on their doorstep.

Last year on his birthday, my husband seriously said that if he’d known he was going to live this long, he’d have taken better care of himself. He had no idea he was quoting Mickey Mantle—in his family, all the men die of heart attacks in their fifties so he figured he would too. But because of modern medicine and living close to Eisenhower Hospital’s ER, he had his heart attack and survived. So he could live to be a hundred. 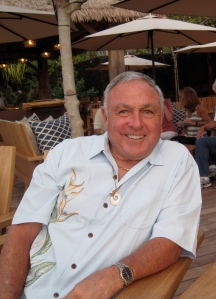 A lot of people are doing that—living to a hundred and living quite nicely. I am playing Words With Friends with Marvin who turned 100 last May. Being a former English teacher and a writer, I am good at this game. Marvin is not only a worthy opponent, he’s giving me a run for my money. And he writes me witty messages, too. 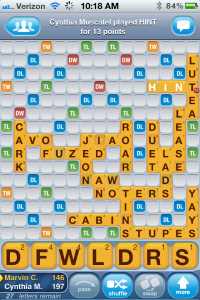 His wife, Rose, will be 100 soon. I’m not saying that they don’t have health issues—they do. But they also have all their marbles and still know how to play. Here they are with their daughter, Barbara. 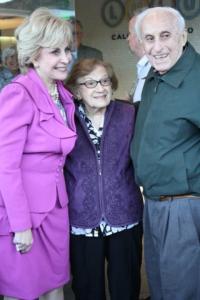 My friend Earl’s dad just turned 99. He pays his own bills and balances his checkbook. When asked what the secret was to his longevity, he said, “It’s all about family. And if need anything, I call my wonderful son.” He paused, “And then there are my nine different doctors and about 6000 pills.” 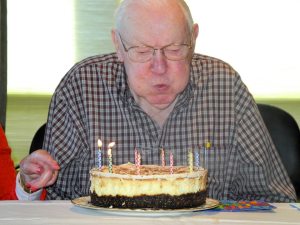 He obviously has a great sense of humor and a great sense of center, as well. I think that’s a clue to living long. My dad was that way too. I remember once admonishing him about eating pastrami when he was 91. He looked up at me from his sandwich and asked, “What, if I eat this, I won’t live to an old age?”

A colleague and I taught a memoir writing class to a group of assisted living folks in Seattle last winter. We had no idea who would take the class, but the youngest to show up was 94. You would never have guessed their ages—they looked to be in their eighties, but most were 96 to 98—and excellent writers, too. Getting to share their memories was like history coming to life, and we didn’t need to do much editing. 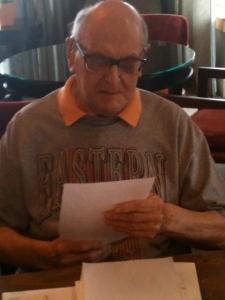 I have a lot of friends bumping up to the end of the sixties and hitting the big 70. They are in a panic. Many feel that a respirator and walker can’t be far off in their future. Their five-year plan is to cross their fingers and hope they’re still alive. Not good. Studies have shown that you are as old as you think you are. If you think that 80 is old—then that’s when you’ll get old. I’m thinking middle 90’s, myself. As I told my kids, count me in when it’s 2050.

This entry was posted in Aging with Grace, Babybooming, Searching for Wisdom and tagged aging, babyboomers, feeling young, staying healthy. Bookmark the permalink.