It’s Saturday morning. I have had a full week, being the support person for my husband who is going through Proton radiation at Loma Linda. That’s another story, which I’m about ready to share. I could have stayed in bed this morning, getting some rest. I don’t sleep well in Loma Linda and it’s a blessing to be in my own bed.

But I’m at a phone bank for Hillary Clinton. For me, this election is that important.The phone bank isn’t anything like I pictured. It’s not official looking in any way. We’re all volunteers. 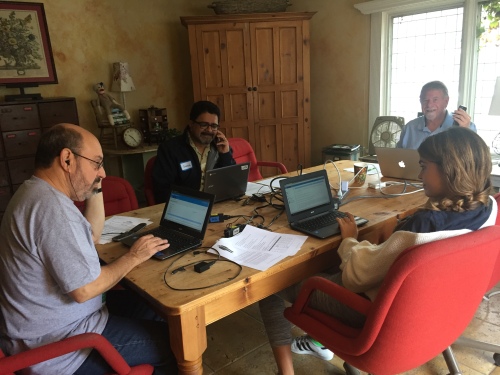 We’re at someone’s house a couple of miles away from where I live. Women and men, young and old, every color and ethnic group, we’ve brought our charged cell phone or laptop. Some people work through their laptops. Others of us spread out and begin to call. I hear one man speaking in Spanish.

Today some people are calling Ohio, reminding people to vote, talking about Clinton’s policies. I’m helping to check people in, and also with the calling in our area, asking for volunteers for the coming week. We don’t know each other. What we have in common is a love for our country and a belief that Hillary is the person running for President who is qualified to lead us. It’s truly grassroots. 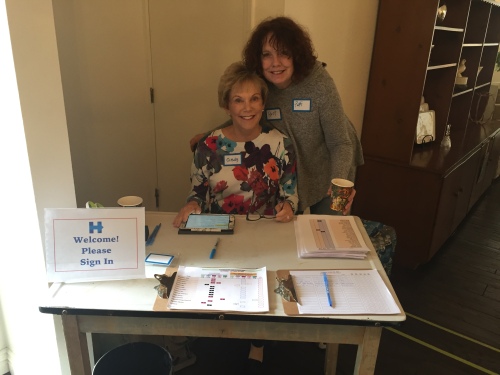 I talk to an 86-year-old woman who is upset about the FBI Director’s statement. “I’ve never seen anything like this in my life,” she says. “Now we’re not focusing on the issues anymore.”

It’s not a large group yet as its early. Six people walk in, asking to volunteer. Later in the day, more volunteers are signed up and will call. By the end of the week and Election Day, the house will be packed.

There’s nothing phony here, no political axes being ground. But it’s all very organized and there’s attention to detail. I think that’s the kind of government we would have under Hillary. She’s willing to work hard and she’s willing to learn. She’s surrounded by people who work to solve the problems we’re facing.