I get disaster—like in Montecito this winter. These houses were eaten by the mudslides after the rains after the fires. Mother Nature played her hand, and it’s the most powerful one.

As far as I can tell by reading on-line, the fires were not deliberately set. Power lines, not properly cared for, seemed to have been the cause. It wasn’t an arsonist—someone who started the fire for their own pyschotic reason. It wasn’t even people being careless—Smokey the Bear’s warnings were heeded. But the fires were catastrophic and set up a scenario that could have come out of the diabolical mind of a Hollywood screenwriter. The destruction was horrible but it wasn’t on purpose.

I understand accidents. They happen. But they can be destructive in so many ways. As well as the behaviors that lead to them. 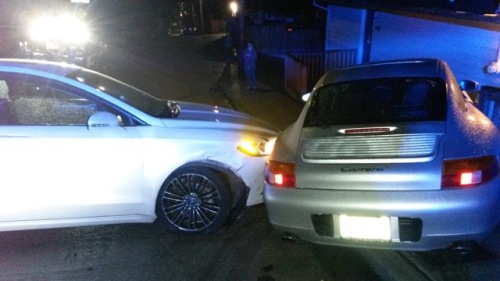 But people going out intentionally to destroy things, that I don’t get.

The other day on my walk, I saw what could have only been a purposeful act of destruction. I love artichokes and I’d been watching  these lovely  plants develop since Spring.

I loved the symmetry of the artichokes and the colorful blooming of the flower as they matured. 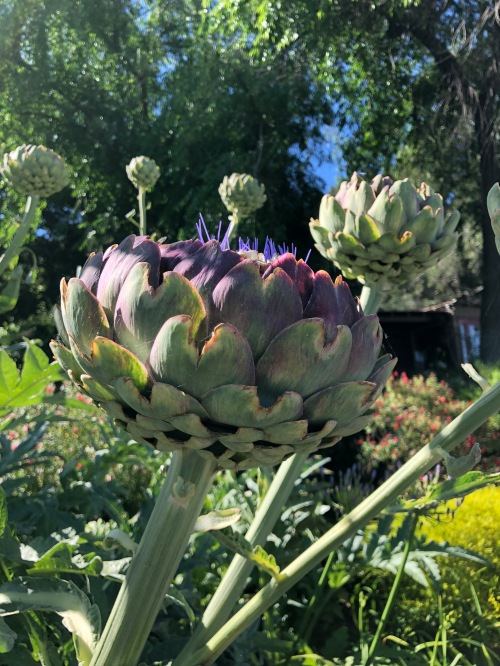 But then one day, I came upon this—the smashed remains of part of the plant. It couldn’t have been an accident. 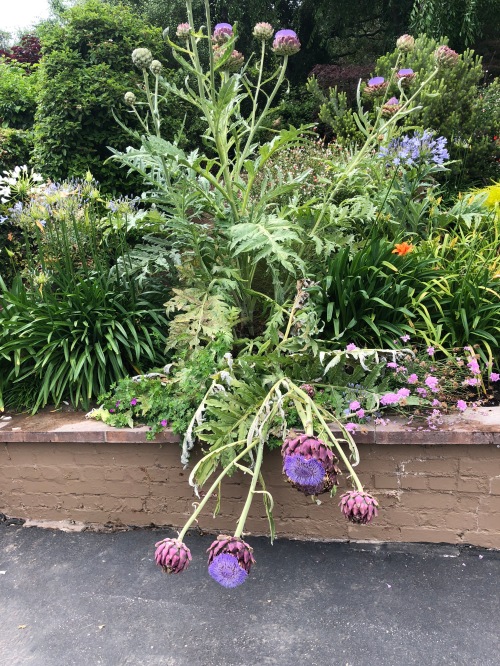 It grows on an incline. There’s a wall. I don’t think an animal could gain purchase there—even the mountain lion that people see every once and awhile. No, I’m assuming this was wanton destruction by a human hand. Someone hacked it down.

Were people so angry, so hurt, so disturbed, that they had to take it out in some way? Does the violence of school shootings stem from this same kind of rage? Is the urge to destroy primal? Or does someone just not care about other people’s property? Or other people’s lives?

And what happens when something or someone is crushed? They wither and die, that’s what. 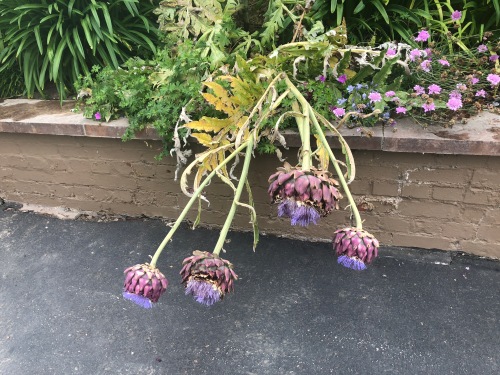 We live in a huge, complex country. We’re no longer a melting pot but a stew with the ingredients of different races, religions, languages and ideas. To destroy one branch will lead to the destruction of the whole. History has taught us that. Nature displays it. Let’s learn from it.

Posted in About Life in General