But, Not Seriously: The Good Ol’ Days 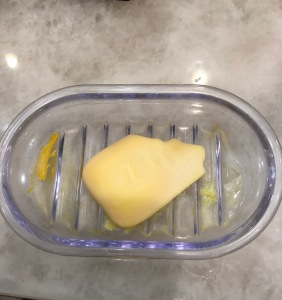 The other day I was taking a walk with a couple of friends and the subject of showers came up.

“I take a three minute shower,” I said.

“Why?” my fastidious friend asked. She seemed shocked.

“For two reasons. One, to conserve water, and also, I never have time to linger. It’s soap up, rinse off and get out,” I said.

“ I’m not being very environmentally responsible. I love to feel the hot water beat down on me. It feels so good. And I love to linger when I take a bath,” she said, looking guilty.

A bath, I thought. Now, there’s a foreign concept. I hadn’t had time for a bath in twenty years. You think when you get older, you’ll have more time for things like that. But time just keeps moving faster and it’s hard to fit in everything you need to do.

“What kind of soap do you use?” our other friend asked.

They both did too.

Their eyebrows raised so high I could see them above their sunglasses. “Dial soap? In a bar?” one asked.

“When I was a kid, we’d use the bar until you could see the lines at the bottom,” one of my buddies said.

That was the moment when I realized that my parents’ Depression Mentality had truly sunk into my consciousness. We’d always laughed at them for their frugality, but the apple doesn’t fall far from the bushel. I’m just like my dad as I walk around turning off lights and television sets left on by the other denizens of my domicile. I squeeze out the very last bit of toothpaste from my tube. And wouldn’t dream of throwing away a half-filled container of anything.

But that isn’t all. I’m blushing as I admit this but I use my Kuerig cup twice. And it isn’t only because of landfill guilt. The second cup isn’t really that bad if you only make a half cup.

“When we were kids, we only took baths,” one of my friends said as we turned the corner towards home.

“Us, too,” the other said. “And we often shared the bath water.”

“Same!” I said. “And we only had one bathroom for the five of us. When we got to be teenagers, we didn’t share, but you’d have to wait your turn outside the door.”

My friends said their growing up had been equally fraught with bathroom depravation.

“My sister used to take the longest baths in the history of the world,” one said. “God forbid if you needed to pee while she was in there.”

“My brother was in ROTC in college. He used to practice his Marching Orders while he was in the tub,” I said. “Hupt Two, Three. Hupt Two Three.”

“My kids shared a bathroom when they were growing up,” one of the women said.

“So did mine,” I said. “We never thought about each bedroom having its own bathroom until we moved to California.”

We all tried to picture our grandkids sharing one bathroom with their whole family. We couldn’t do it.

As I walked back to my house I thought about how refreshing our conversation had been. For over a year, we’d only talked about our fears for the world and ways we could help preserve the democracy we’d grown up with. Or about aging babyboomer problems we or our friends were having. For an hour, we hadn’t uttered one serious word.