A combination of things came together to overfill my heart. First and foremost was seeing our grandson, 16, standing amongst his band mates. I felt so much love and pride mixed with awe that the baby I’d held (not so long ago, was it?) was now this accomplished young man. I was completely fer klempt.

The sound of the band and the nip in the air stirred something in me too. I had a subliminal instant flashback to the days of Garfield High and the UDub—going to the games with my friends and with my dad. In this troubled world, it was comforting to see untainted exuberance. There was a small town innocence without the feeling of xenophobia that we’ve been witnessing on the news. And I didn’t think too hard about injustice and prejudice for a moment. I just enjoyed.

The next day, the breaking news on television was the rally and  march in Charlotte, North Carolina. It was a peaceful protest against police shooting black men like Keith Scott and Terence Crutcher. Hundreds of Charlotte residents turned out—blacks, whites, Asians, Hispanics, gay, straight and in between. Parents pushed their kids in strollers, teenage kids with drums beat out a cadence—much like what had happened the afternoon before on Mercer Island.

It was the white people wearing Black Lives Matter t-shirts that got me fer klempt the second time in two days. They get it, I thought as I choked back tears. They understand where the focus has to be—not right now on all lives mattering, but on the lives that haven’t been mattering.

America is a complex country with systemic problems. It’s no fairy tale and a lot of times there are no happy endings. It’s better to acknowledge that, instead of covering it up. Otherwise, we’re just ostriches and the status quo will rule. Call me sentimental, but I’d like to see Americans working together with mutual respect to solve our problems. In this country, we have the potential to do just that. I wouldn’t live anywhere else. 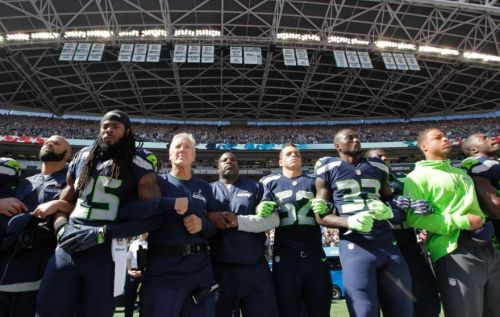 Posted in About Life in General, Searching for Wisdom, United States