When Barack Obama was elected President I thought it was a signal that racism was dead. I thought so much had been accomplished but that’s because my rose colored glasses were firmly in place. It’s taken cell phones with cameras to uncover the truth about how Blacks are treated by police in this country. But it’s not only police brutality at play here. After several months, I’m beginning to understand that our societal core is racist.

Let me see if I can start to explain white privilege.  It’s so integral in American society that we don’t even perceive it. It is not overt—I don’t think it is even conscious. Let’s begin with the color of our skin. 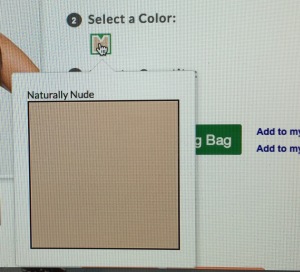 Last night I was on a website that sells clothing. I was looking at underwear. Because I’m writing about the years I taught at Meany and about race in our country, I’ve become more cognizant of what is “natural” in America. And here on the website was a fine example: I had only one choice of color for my sports bra: “natural nude”. It is a beige or light tan color. In other words, if your skin is not of that color, you are unnatural? In one sweep of the language, all people of color are excluded from the societal norm when buying this product.

This is only one way people of color are marginalized in our society, and you may say that it’s not that important. But the constant bombardment of such messages takes a toll. I can relate somewhat during the Christmas season. As a Jew, I am not part of the celebration. When the “National Christmas Tree” is lighted, I feel that even though my grandparents all immigrated to the United States over 100 years ago, perhaps I am not a real American.

The 88th Annual National Tree Lighting, sponsored by UL, stays safe and bright with over 750 lights and 500 ornaments on this year’s tree.

Jennifer Holladay, in her book, White Anti-Racism Activism, says: “White skin privilege is not something that white people necessarily do, create or enjoy on purpose….White people receive all kinds of perks as a function of their skin privilege.”

She then gives some examples.

“• When I cut my finger and go to my school or office’s first aid kit, the flesh-colored band-aid generally matches my skin tone.

Many years ago, I’d figured out that the pinkish beige color, FLESH, in the crayon box, was racially exclusive. Same for FLESH-COLORED bandages that were beige. I’d never thought about hair products before, although I’ve noticed the special section for people of color. (I’m always so focused on finding a product that will give me volume that I don’t have time to think of anything else in the hair aisle.)

Once you become aware of this inaccurate color description, you begin to see it everywhere. In an article, “White Privlege: Flesh Colored” in The Society Pages, Lisa Wade gives more examples. One of the most ironic and outrageous is the description of First Lady Michelle Obama’s ball gown:

Flesh-colored? It didn’t match the flesh of the beautiful  first lady!

As well meaning whites continue to awaken from our long sleep of oblivion, there are attempts to right this basic wrong. Here is an example:

When I taught middle school in the Eighties, I tried to raise the consciousness of my students. One exercise I learned in a Graduate School multi-cultures class was this: You are sitting on a park bench and an American walks past you. Describe the American. The descriptions written offered a fascinating look into the American psyche. Most of the “Americans” were white and male, sort of like all our Presidents until Barack Obama came along.

Normal skin? Is that what an American has?