Here’s to Your Health! 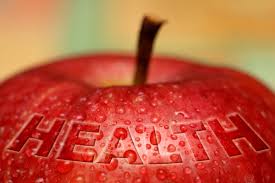 One of the things that is so easy to take for granted is good health. We don’t appreciate it when we feel healthy—we don’t even notice. This past six weeks has been an eye opener for me. I went into my knee surgery with a blithe arrogance. I’d worked on keeping my quads strong before the surgery and knew that I would follow the doctor’s and physical therapist’s advice to the letter. There’d be no problems, I was sure of it.

What’s that expression? Woman plans and God laughs. Yep, all my plans went up in smoke.

I hadn’t had as much as a cold for four years before I was hit with a tough virus in November.

“Did you have a flu shot?” our daughter asked.

“I don’t believe in them, “ I said after I’d worked through a coughing spell.

I don’t believe in antibiotics either, but I ended up with walking pneumonia that time so I had no choice. Then I coughed so hard I threw my back out—painful.

Fast forward to March. Surgery went super and my knee was healing well. Then we flew to Seattle. I was careful, using a cane to negotiate rain-slicked streets. We loved seeing our grandson play his trumpet in a concert and visited with family. My husband and I both had headaches the last day, but didn’t think much of it.

The morning we left, our headaches had moved to body aches, but we thought it was just the rain making us achy. We thought we were so tired because of jet lag. We thought our sore throats were allergy related. We were wrong—we were both sick and getting sicker.

“Well,” our daughter said when I told her, “at least you had the flu shot, so it won’t be as bad as November.”

I didn’t answer right away. It was that role reversal thing—I felt like I was the kid and she was the mother whose I advice I hadn’t followed.

Even though we were on the phone, I could sense my daughter rolling her eyes.

After a few days of fevers, chills, cough and excessive nose blowing, we called the doctor.

“It’s a virus going around. Cancel everything for the next two or three weeks at least. If you start to feel better and go out, you risk getting a relapse,” he said.

But I didn’t give up planning. Our children and grandchildren were coming for Spring Break and I made a list of all the things we were going to do—the Living Desert, the air museum, the art museum, the water park…Ha, Ha, Ha!!! I didn’t leave the house.

Then I coughed so hard, I threw my back out again. This time, my back went into spasm. It felt like my back was being torn apart if I moved the wrong way–I was deathly afraid of coughing or sneezing. No exaggeration. I was in a constant state of fear. No matter how I tried to relax, I was gripped with apprehension. None of my stress reduction methods worked. I was afraid to lie down in bed because I wasn’t sure how I was going to get up. I couldn’t turn over without a spasm contracting my lower back. I had to crawl off the bed on my stomach and then grip the bedside dresser to work my way to standing.

This morning I woke up and tried moving from my back to my side. Easy-squeezy! For the fun of it, I reversed the move and it worked! I realized that before I’d believed this was a basic entitlement in life—that you could move freely and comfortably in bed. Now, I know not to take it for granted.

Nor will I take feeling healthy for granted. I know this month has been just a window into the lives of so many who are suffering ill health. I am so appreciative to becoming out of my own little hell.

As for my knee? It became the step-child. Physical Therapy wouldn’t see me while I had a fever, and then they couldn’t work with my knee while my back was in spasm. So, basically, my plans to be perfect got blown out of the water. Ha, Ha, Ha!!!

Do you think I can learn something from all this? 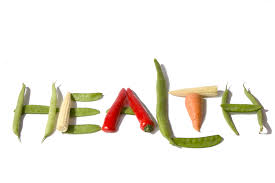